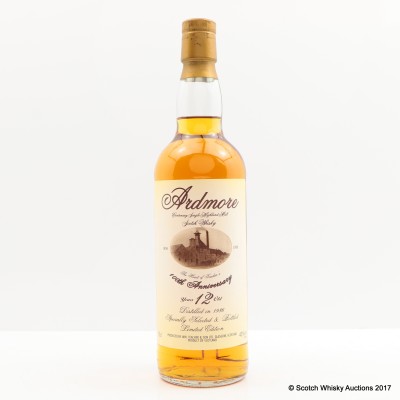 Released in 1999 to mark the 100th anniversary of Ardmore distillery.