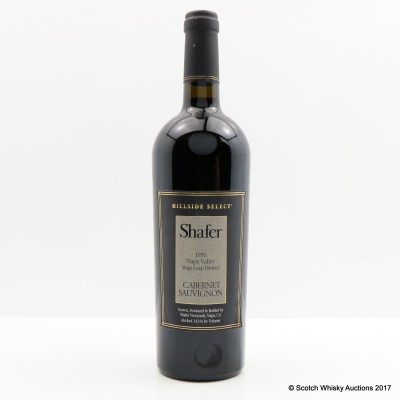 A very recent producer in wine terms, the Shafer vineyards only began growing in California's Napa Valley in the early 1970s, producing their first vintage in 1978. The first Hillside Select was bottled in 1983 after the Sunspot vineyard was regarded as producing a higher quality yield and it was decided it needed a better moniker than Reserve. Shafer has only moved upwards in the relatively short time since being named 'one of the world's greatest wineries' by prominent critic Robert M. Parker in 2003.