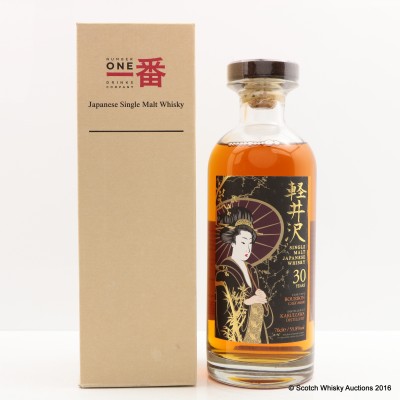 Founded in 1955 with a keen eye on producing high-quality whisky, Karuizawa was mothballed in 2000 and since then has achieved the kind of mythical stature reserved for only a select few distilleries. During production they solely used Golden Promise barley imported from Scotland - the Golden Promise was considered vital for long maturation. Direct fired stills, Sherry casks sourced from Spain and an on-site cooperage all contributed to the high quality of their whisky. In 2011 Number One Drinks bought the remaining stock and they have been instrumental in the phoenix- like resurrection of a distillery that rarely released any bottles during its lifetime.

When this Karuizawa was released there were very few bourbon expressions of this infamous distillery on the market. This is a chance to see another side of the distillery's whisky.