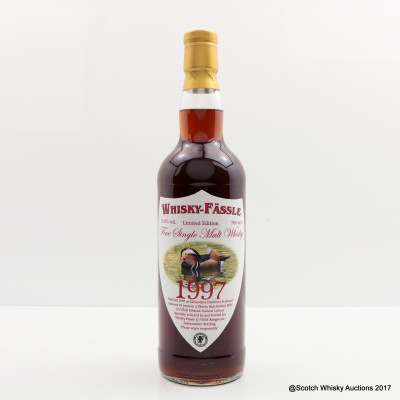 Glenrothes first started producing whisky in 1879 and from 1963 to 1989 it more than doubled its number of stills from four to 10. Although the distillery itself is still owned and by the Edrington group, the Glenrothes Single Malt brand is owned by Berry Bros & Rudd following a brand 'swap' in 2010 that saw the Cutty Sark blend move to Edrington in return.

This bottle was filled from a Sherry butt by independent German outfit Whisky-Fässle, and is adorned with a picture of a rather exotic looking duck.