Bowmore Legend Of The Blacksmith And The Fairies 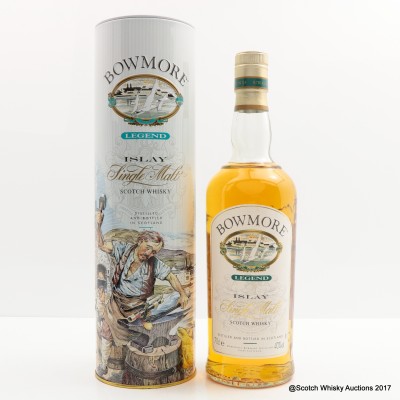 A long time ago, a blacksmith lived high on the Rhinns of Islay, labouring with his only son in his forge. Upon a visit, an old man cried to the blacksmith: 'That's not your son! Evil fairies have taken him to the fairy hill, leaving a changeling - a fairy impostor - in his place! But fear not, I'll help you rescue him!'

On the next full moon, he said, the fairy hill would be open. He told the smith to approach on that night, armed with a dagger and a cockerel that would crow loudly and readily. The smith did so, and passing through the entrance, thrust the dagger into it, to stop it closing on him.

The fairies shrieked furiously. But there indeed was his son, labouring at the fairy forge and the smith cried 'I want my son and I will not go without him!'

The fairies cackled at this, maddening the cockerel. It flapped its wings wildly and crowed loud and long - incensing the fairies. They threw the smith and his son out of the hill and the hillside closed over.

And from that day on, the smith and his son worked at their forge, creating wonderful weapons, the like of which had never been seen beyond the fairy realm.

You can see the Rhinns of Islay today, across the Loch from Bowmore. But none has seen those wondrous weapons. Or if they have, they're not telling.