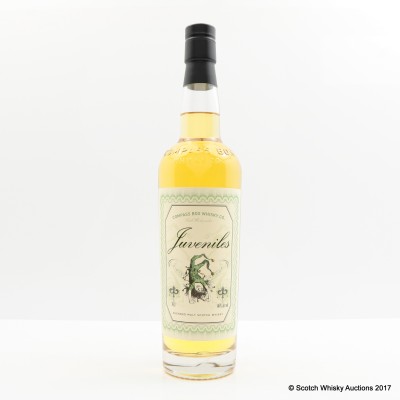 Back in 2000, John Glaser believed there were too many companies making and selling Scotch whisky the same way. An American, transplanted to the UK and working for a large distiller, he wanted to do things differently to bring the joys of Scotch whisky to more people.

So, he set up a different kind of Scotch whisky company, based on the long-lost model of the Scotch whisky blending house, but with a forward-looking approach and an unrelenting desire to create quality.

He originally launched the business from his kitchen, but today, over a decade later, Compass Box has an office and Blending Room in London, its own stocks of maturing whiskies in Scotland, and just over a dozen employees.

This lot is a Compass Box crafted whisky to celebrate the Juveniles Wine Bar in Paris owned by Tim Johnston.