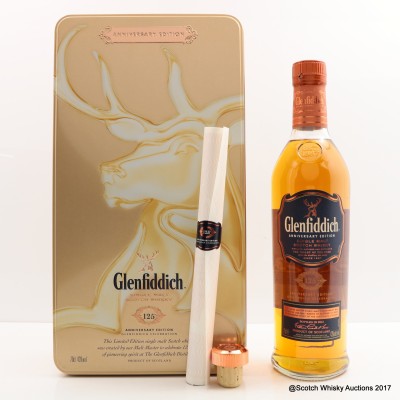 Glenfiddich was founded by William Grant who had learned his craft at Mortlach and the first spirit ran from the stills on Christmas Day 1887. They are also credited with creating the world's interest in single malt whisky with the launch of the Straight Malt in 1963. Still family owned, it was the first single malt brand to sell 1 million cases in a year.

This new limited edition release from Glenfiddich into Global Travel Retail marks the 125th anniversary of the first spirit to run from the Glenfiddich distillery stills, back on Christmas Day 1887.

Unusually for Glenfiddich, master blender Brian Kinsman has created a peated expression to recreate the way whisky used to be made in Speyside in the Victorian era.