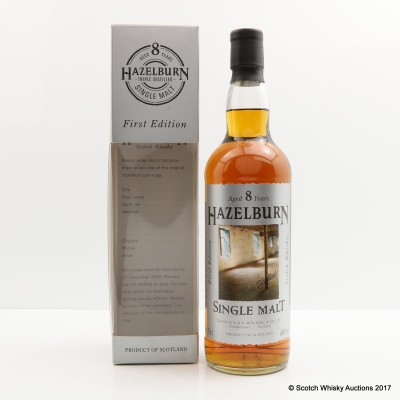 The distillery was also where Masataka Taketsuru, the grandfather of Japanese whisky, learnt his trade. It was bought by Mitchell & Co but later shut down in 1926.

The first edition from Hazelburn, the triple distilled malt. There were 3 labels designed for the release, this one is the maltings.

Bottle Number: One of only 1700 bottles released