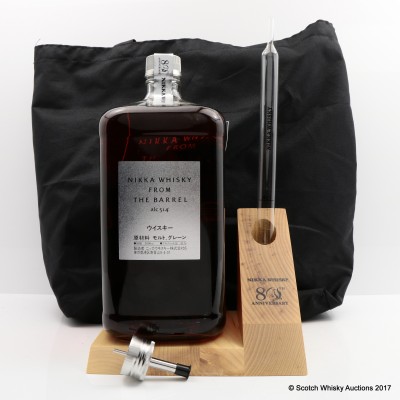 The award winning whisky blend from Japan. Bottled at cask strength and is highly rated by most whisky drinkers. And this is mega bottle of it! Comes with a plinth, pourer and a large pipette for easier measured drams!