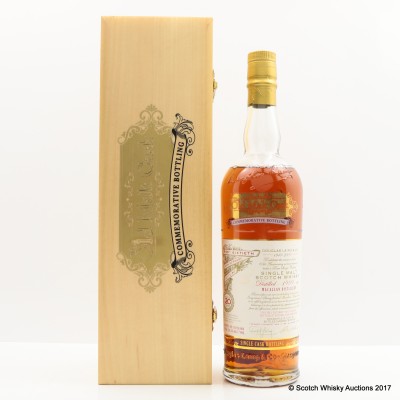 A quite magnificent tribute to Douglas Laing, Glasgow's Independent bottler, which has reached - and passed - its 60th anniversary.

This bottle was distilled at Macallan distillery and the Macallan distillery was founded in 1824 by Alexander Reid, a barley farmer and school teacher. Now owned by the Edrington Group, The Macallan prides itself on its Six Pillars, which include its curiously small stills, very narrow 'cut' of new make spirit and exceptional cask management. It is the most sought after whisky for collectors, regularly setting records at auctions all round the world.

Bottle Number: One of only 199 bottles released.