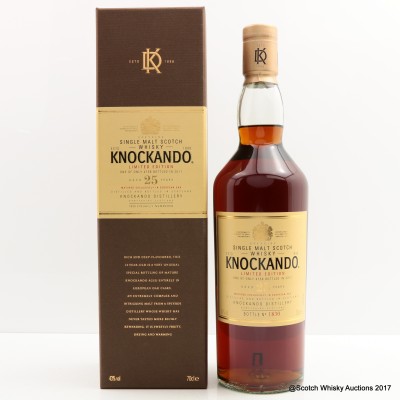 A limited release of 4758 bottles of 25 year old Knockando from Diageo's Special Releases. This 2011 edition is the first time Knockando has ever been featured in the series. Aged in first fill European oak sherry casks.