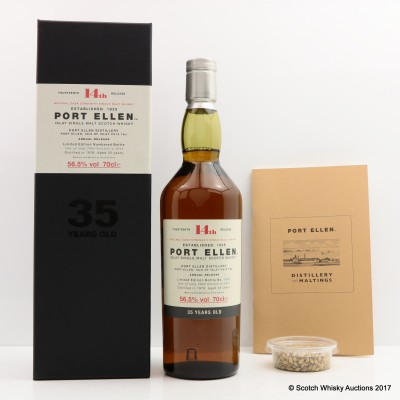 The 14th release of Port Ellen. With dwindling stocks, Diageo releases just a small amount of this precious liquid every year. In 2014 there were just 2,964 bottles released around the world.