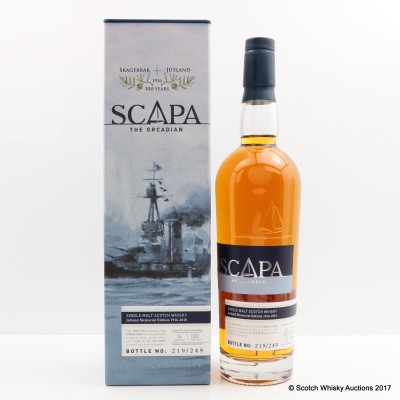 This lot also contains a short magazine and Orcadian newspaper, with photos of the naval ships involved and information about the battle of Jutland. As you can see the magazine's front cover is a copy of the Orkney newspaper's original front page story from Saturday, June the 3rd, 1916.

Bottle Number: 84 of only 249 bottles released