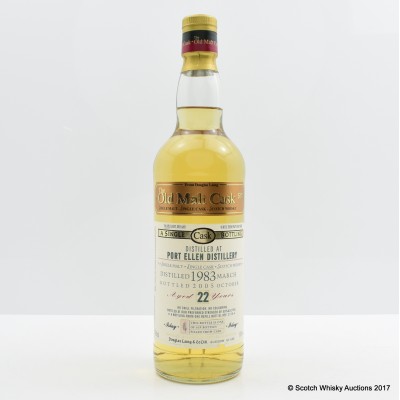 From Douglas Laing's Old Malt Cask range. This range is bottled at a preferred strength of 50%, known as "golden strength", as it is believed this strength allows the drinker to experience the malt in its full and redolent glory.

Bottle Number: One of only 659 bottles to be released