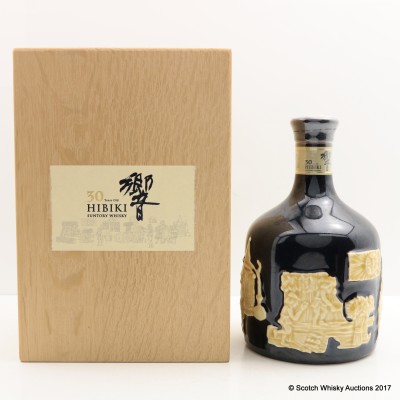 Hibiki is a Japanese blend from the whisky giant Suntory. And it is really something special. The malt and grain comes from Suntory's 3 distilleries and has gained the status as the ultimate Japanese blend. It also received a Gold Editor's Choice award from Whisky Magazine and conquered the top prize in its category at the World Whisky Awards 2010.

Named after the first ceramics made in Japan. Beautiful bottle and presentation case.

Silver (Best in Class) at the International Wine and Spirit Competition in 2008.

Bottle Number: One of only 100 bottles released