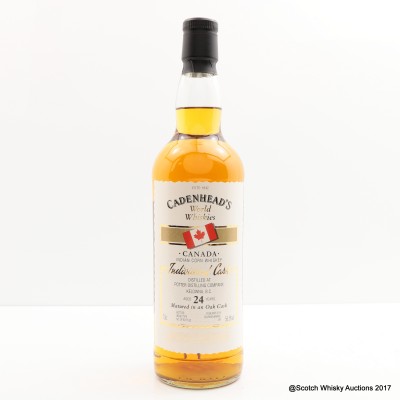 Potter's Distilleries was founded by Ernie Potter in 1958. Their whiskies were stored in the company's warehouses in Kelowna, British Columbia, where this cask bottling hails from, but were moved to Alberta when the company was bought over by Highwood Distillers in 2005.

Bottle Number: One of only 126 bottles released