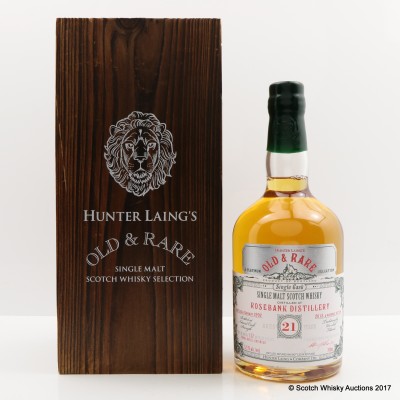 The Old & Rare Range from Hunter Laing contains whisky that it believes deserves greater recognition due to the unique and remarkable qualities the whisky possesses.

Bottled in distinctive squat bottles, this range of single cask whiskies offers relatively few examples due to the angels' share taken during the maturation process.