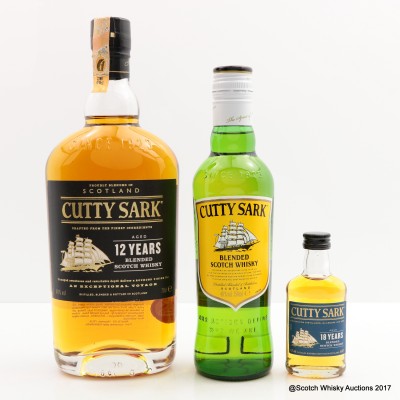 Cutty Sark's genesis was a lunch attended by Francis Berry, Hugh Rudd ( the partners of Berry Bros. & Rudd) and artist James McBey - who suggested the name. The lighter style was created for the American market, which at the time was still in the grip of Prohibation. The first Scotch whisky to sell 1 million cases in the USA, its distinctive yellow label was initially a printer's error.

This lot comprises three bottles of Cutty of varying size and age.