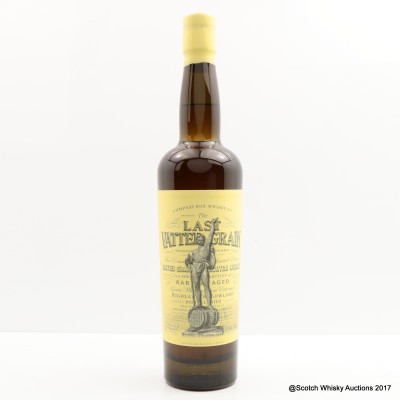 Compass Box are the brilliant blending company that have brought us both ''Spice Tree'' and ''Peat Monster''. Known for their shenanigans and highly experimental whisky projects.

Along with Compass Box's Last Vatted Malt whisky this is a tribute to the days before the 2009 Scotch Whisky regulations were enacted - the final day being November the 22nd 2011, the release date of these whiskies.

From that day whiskies such as this have to be called Blended Grain Scotch Whisky, rather than Vatted Grains as they were known before, and this is Compass Box's last bottling named in the old style - a mix of 42 year old Invergordon, 29 year old Carsebridge, 20 year old Port Dundas and 14 year old Cameron Bridge.

Bottle Number: One of only 297 bottles released