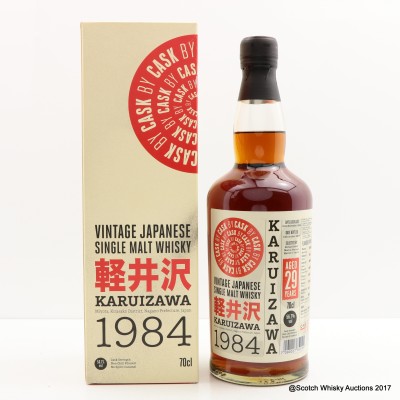 This Karuizawa was bottled exclusively for the Swedish and Norwegian markets and was selected by Richard Keller, Marius Vestnes and Martin T. Smith of Cask by Cask.

The carton is decorated with Top Trumps style power bars on the side dictating the flavour profile.