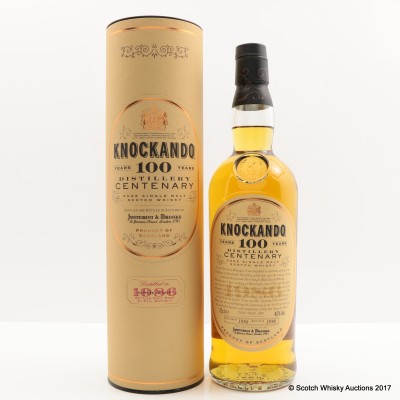 Knockando Distillery was built by John Tytler Thomson in 1898, and is named after the village in which it stands.

In 1904 the distillery was purchased by W & A Gilbey, a gin producer from London, becoming part of J&B / Grand Metropolitan in the 1960s and 1970s, and is now owned by multinational firm Diageo.

Bottled in 1998 to mark the centenary of the distillery.