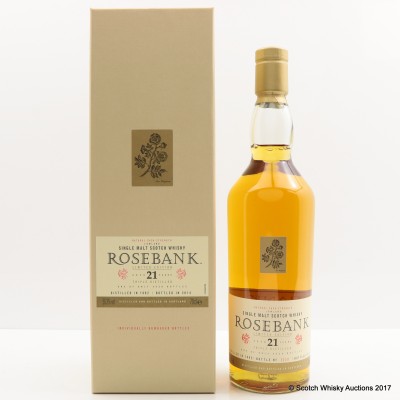 Closed in 1993, its site on the Forth & Clyde canal and relatively low production levels meant that it did not compare favourably with the much larger and picturesque Glenkinchie. It has been mourned by whisky aficionados ever since who miss its floral and aromatic style.

This is a sublime Rosebank, bottled for Diageo's Special Releases. There are just 4530 numbered bottles worldwide.