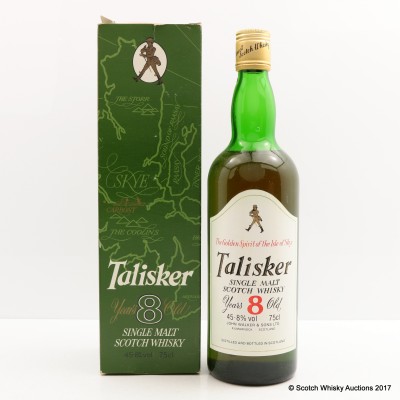 The Golden Spirit of the Isle of Skye in a green bottle, with red and black script on label.