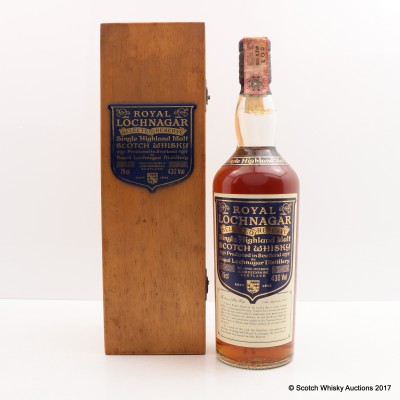 James Robertson, who built the first Lochnagar distillery, must be one of the most tenacious men in whisky's history, as his first two distilleries were burnt to the ground by his competitors! In 1845 John Begg built his distillery and this one remained untouched. Indeed it was the site of the first distillery tour when Queen Victoria, Prince Albert and their three oldest children toured the distillery in 1848. It received the Royal warrant a few weeks later. The distillery has an important role in both Johnnie Walker Blue Label and Winsor, the biggest selling blend in South Korea! It remains the smallest distillery in the Diageo Empire.

Please note the general condition of this lot