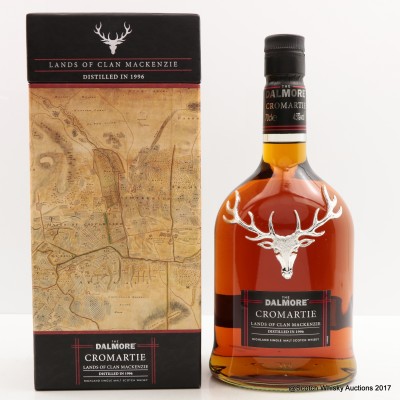 The Dalmore Cromartie is the third in a series of limited edition releases crafted by Master Distiller, Richard Paterson, in homage to the Clan Mackenzie, owners of The Dalmore distillery for over a century. It celebrates the ancient lands of Cromartie, heartland of the clan, and home to Castle Leod, the clan’s historic seat where they still reside today.