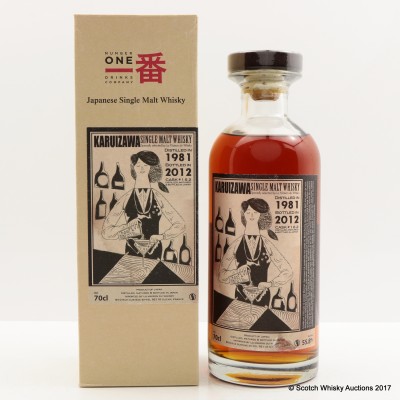 This fantastic bottle comes from a series of four Karuizawas, which were chosen by La Maison du Whisky and released as the "Cocktail Series".

Please note some wear to label and carton