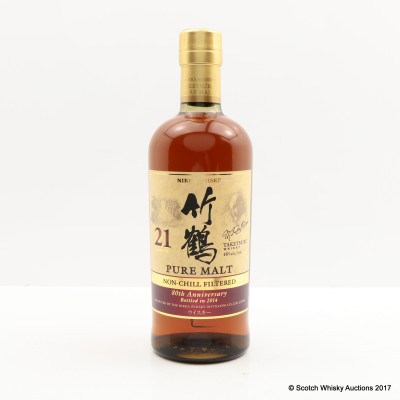 Founded by Masataka Takersuru in 1934 Nikka is the second largest distiller in Japan. Starting with the Yoichi distillery and then adding Miayagikyo in 1969 Nikka also own Ben Nevis distillery in Scotland. Owned by Asahi Breweries since 2001 the name Nikka is a contraction of Nippon Kaju which was adopted in 1952.

This whisky has been bottled to celebrate 80th Anniversary of Nikka Whisky.