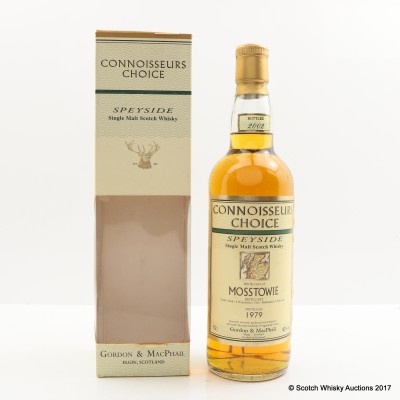 This bottle was distilled at Mosstowie distillery, which never existed. It was distilled at the Miltonduff distillery between 1964 and 1981 using two 'Lomond Stills' in which the temperature and angle of the lyne arm could be adjusted to influence the character of the whisky.

Please note the condition of the label and the box.