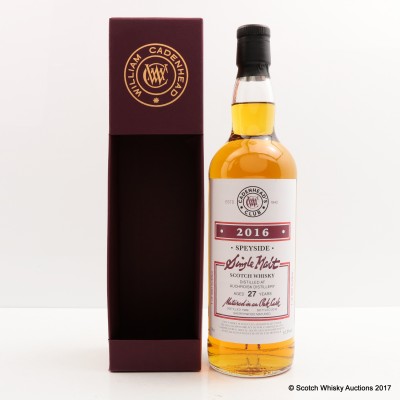 Built in 1972 to produce single malt whisky for blends such as J&B, Auchroisk was the first single malt to be bottled under 'The Singleton' banner. The maturation process involved the 10 year old Bourbon matured whisky being moved into Sherry casks for two years, making it among the first examples of finishing.