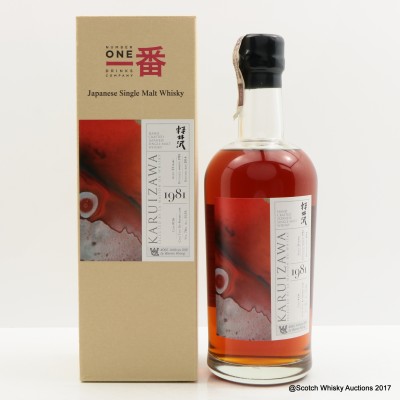 A 2014 bottling of Karuizawa for La Maison du Whisky. It forms part of the "Artifices Series" which was launched at Whisky Live in Paris, earlier in the year.

The series features different works by various artists. This label is designed by Warren Khong, from Singapore.

One for the fact fans - his artwork has also been featured on a bottle of Glenlivet we've had in the auction too!

Bottle Number: One of only 595 bottles released.