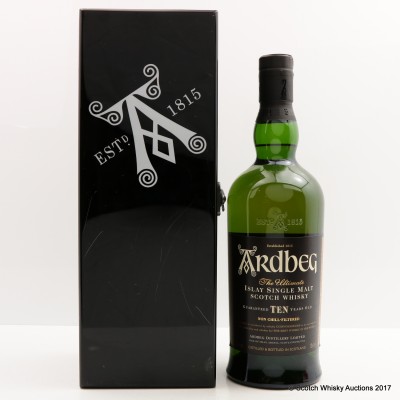 Sitting on the southern coastline, the current distillery was founded in 1815, the original having been destroyed by excise men. The Ardbeg spirit still is fitted with a purifier which many believe accounts for its fruity, zesty character.

The "Black Mystery" was a special release for France in late 2008. The offering consisted of a standard "Old" Ten bottle with a special Piano Black wooden display box. 3,000 of these were made, and half of them were allotted to La Maison du Whisky

Bottle number: One of only 3,000 released

Please note the condition of the lot.