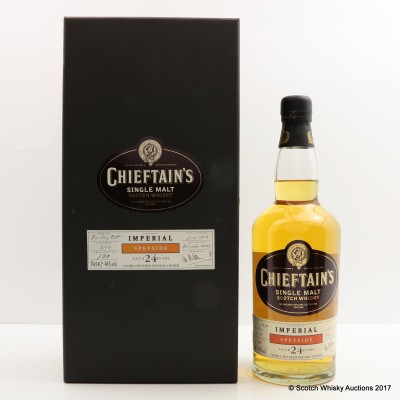 A distillery that was closed more than it was ever open, Imperial produced whisky mainly for blending. While the buildings were demolished in 2013, planning permission has been granted to Chivas Bros for another distillery on the site.

Bottled as part of the Chieftain's range.

Bottle Number: One of only 720 bottles released