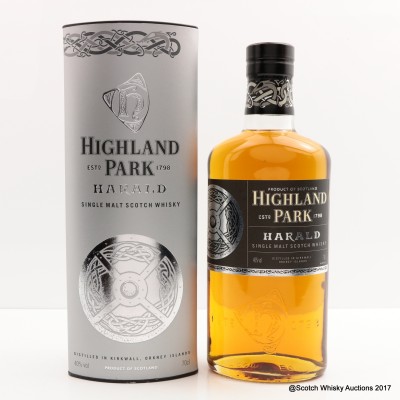 From the Highland Park website: Considered, intelligent and undoubtedly regal, this whisky shows not only an inner balance but also an assertive oaky side, combining a generous proportion of both American and highly prized European oak casks.

Celebrated through this release, King Harald was famed for his army, which was revered across the world at that time. The most feared of his troops were known as 'berserkers'. Described as intrepid heroes, they carried bloody shields used for hacking through their enemies. Such was the importance of the shield in growing King Harald’s global influence that it adorns the packaging.