Jura 22 Year Old One For The Road 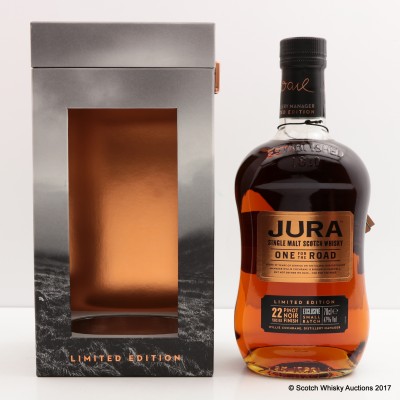 This whisky was bottled in honour of long-time distillery manager Willie Cochrane, who retired in August 2016 after nearly four decades of service.

Featured in The 76th Auction, ended August 6, 2017
Send to a friend or post on:
FacebookTwitter