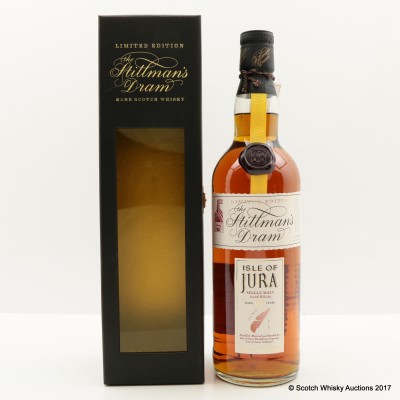 An older bottling of Jura, bottled as part of the Stillman's Dram range.