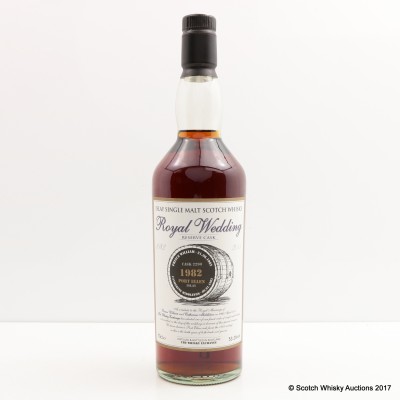 This special release for the Royal Marriage of Prince William and Catherine Middleton on the 29th April 2011, has been bottled by The Whisky Exchange.