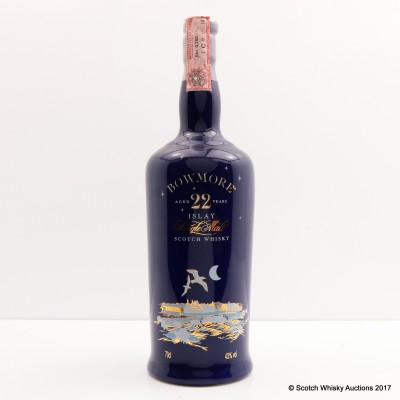 A 22-year-old Bowmore Islay malt that is presented in a rather stunning ceramic bottling, adorned with seagulls, and presentation case.