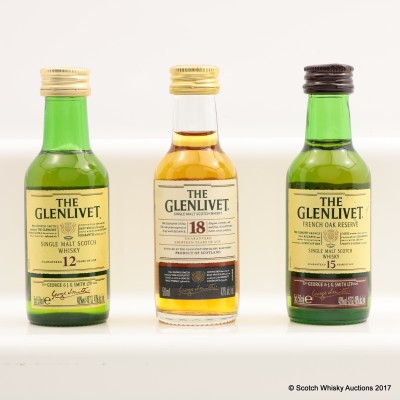 This lot contains three assorted miniatures from Glenlivet, all at 5cl.