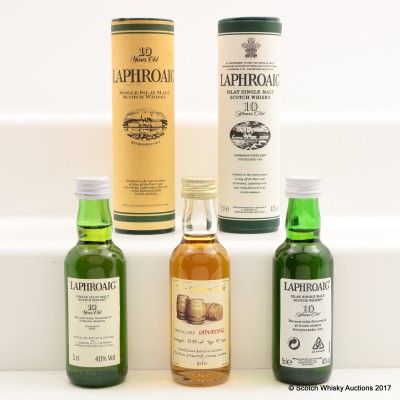 This lot contains three miniatures 10 year old Laphroaigs, including one from The Golden Cask.