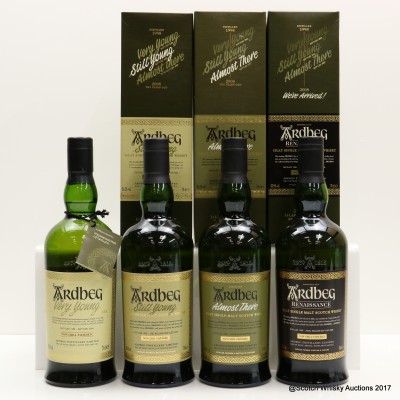 The first part of the Young series from Ardbeg, tracking the development of Ardbeg whisky, aged for just a few years, all the way up to the standard Ardbeg at 10 years old. Extremely rare.

The third release on the way back to recovery. Follows on from the Very Young and Still Young releases, this was the third and final Ardbeg before the new 10 year old hit the shelves.

The conclusion of the Very Young, Still Young and Almost There series, the bottle proudly proclaims: "We've arrived."

The rebirth of Ardbeg after the Glenmorangie takeover.