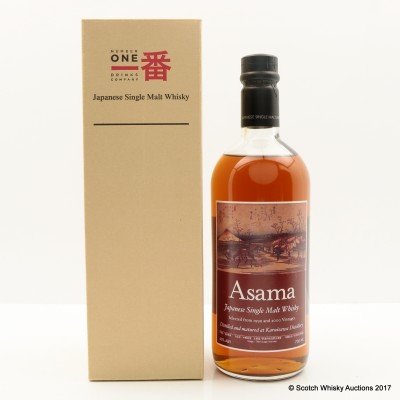 This bottling is a blend of Karuizawa vintages distilled between 1999 and 2000. At the time it was an exclusive Swedish release and hasn't been seen at auction very often. This bottle offers an interesting chance to try the last vintages of Karuizawa.