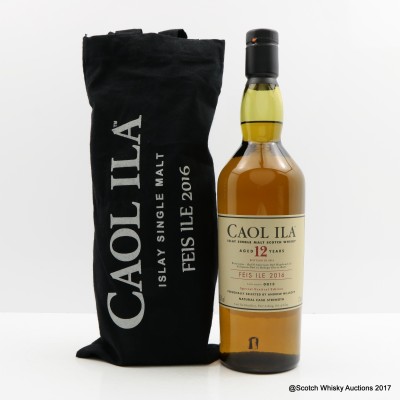 Caol Ila released 1500 of these bottles and those that picked theirs up on Caol Ila's Monday may well have had their ear drums tickled by the sound of Prince Adewale and the Endeavours, who feature amongst their number Dr Nick Morgan, Diageo's Head of Whisky Outreach and whisky writer Neil Ridley.