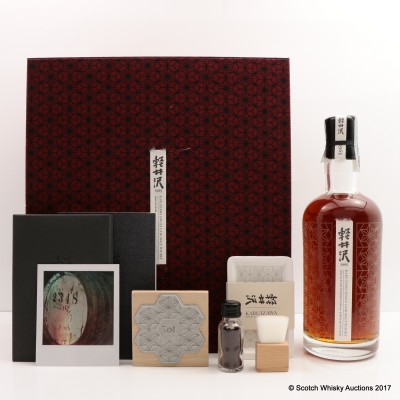 Released as part of a possible pair, with a matching bourbon cask edition. The two together make up the Japonisme bottling that was released to celebrate LMDW 60th Anniversary

Please note the tax seal has been glued on top of what remains of the polystyrene covering that protected the wax seal.