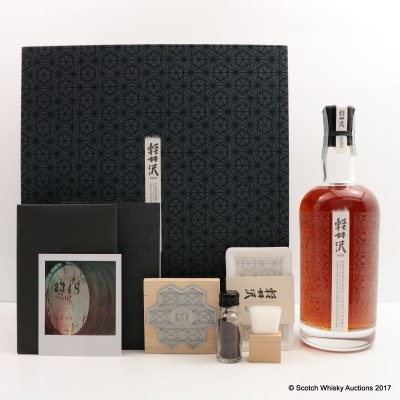 Released as part of a possible pair, with a matching Sherry cask edition. The two together make up the Japonisme bottling that was released to celebrate LMDW 60th Anniversary

Please note residue on bottle neck around the tax seal.