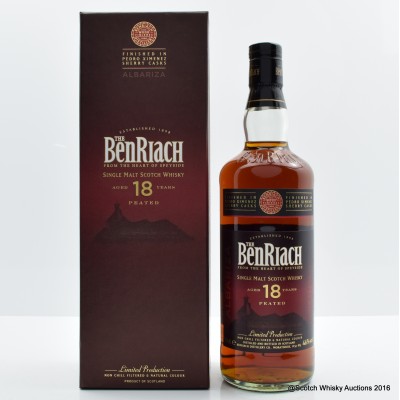 In April 2016, US spirits and wine giant, the Brown-Forman Corporation, agreed to buy BenRiach Distillery Company for £285m. The deal added three brands to the US firm's whisky portfolio - The GlenDronach, BenRiach and Glenglassaugh

The name 'Albariza' is derived from the typical white soil used for growing grapes in the production of sherry in the Andalucia region of Southern Spain.