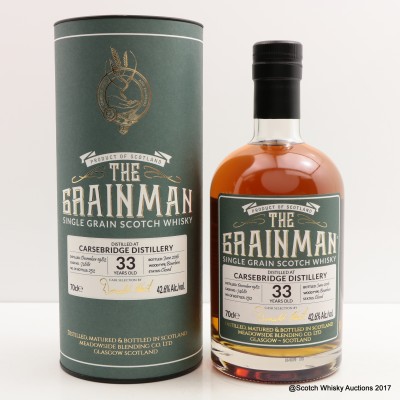 This is a bottling of Carsebridge from Glasgow based independent bottlers Meadowside Blending for their 'Grainman' series.

Bottle Number: One of only 252 bottles released