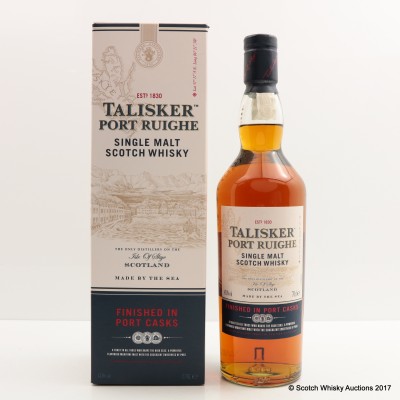 Named after the old Gaelic name of the Port on the Isle of Skye, Port Ruighe is finished in Port casks after initial maturation in American and European Oak refill casks as well as casks that have been deeply charred especially.