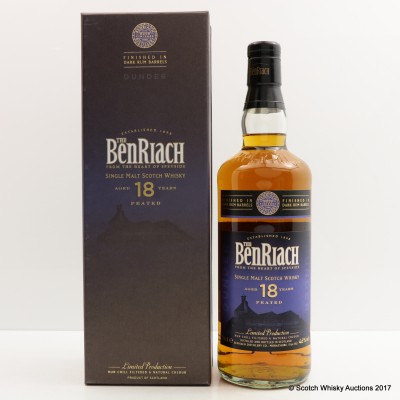 In April 2016, US spirits and wine giant, the Brown-Forman Corporation, agreed to buy BenRiach Distillery Company for £285m. The deal added three brands to the US firm's whisky portfolio - The GlenDronach, BenRiach and Glenglassaugh

The whisky is matured in American oak casks and then finished in dark rum barrels. ‘Dunder’ is the name of the cane-juice residue left in the still after distillation; traditionally used as a yeast source in the fermentation process of Jamaican rum

Bottle Number: One of only 1888 bottles released