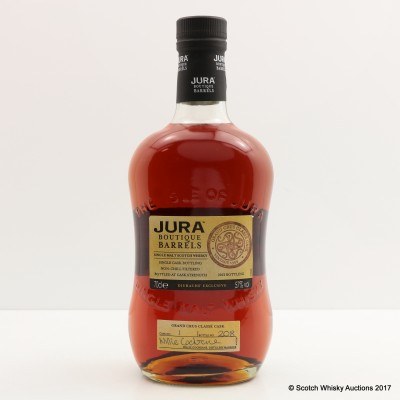 This single malt whisky from Jura's Boutique Barrel series was distilled in 1995. The whisky was aged in a single Grand Crus Classe Cask.

This is a Diurachs' Exclusive.