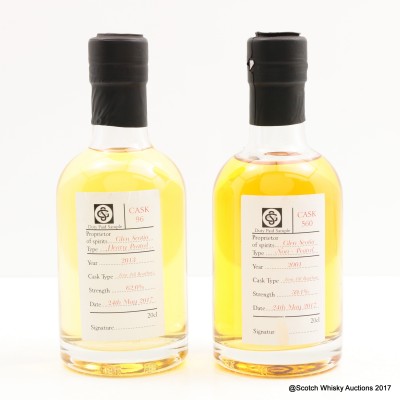 These samples were bottled for the distillery's 2017 open day, during the Campbeltown festival.